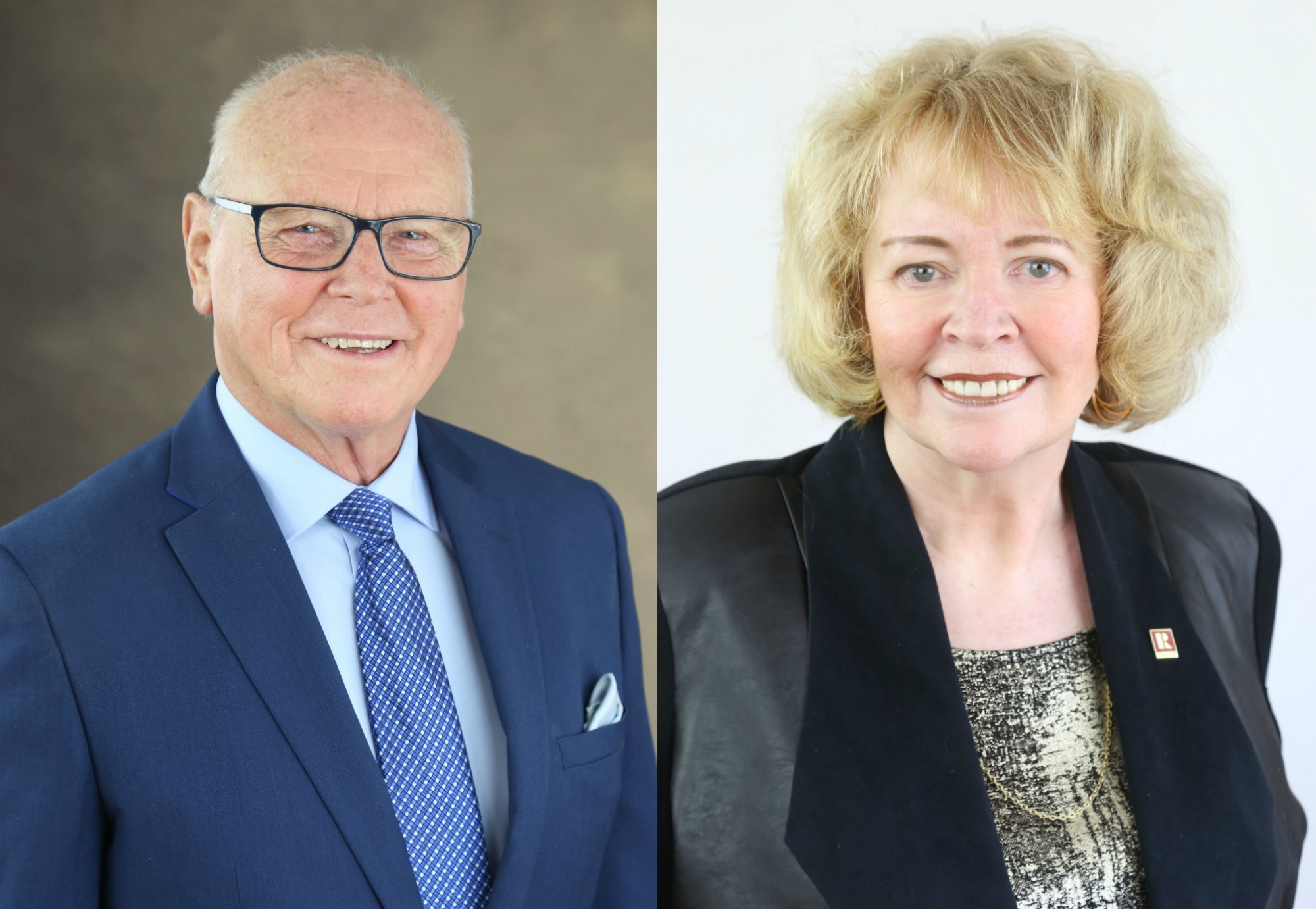 KITCHENER-WATERLOO, ON (May 11, 2018) ––On Friday, May 11, 2018, the Kitchener-Waterloo Association of REALTORS® (KWAR) held its Member Appreciation Gala. In addition to paying tribute to its long-term members and brokerages, KWAR handed out two top honours. Karen Shartun was awarded the association’s Volunteer Award, and Dieter Wolle was named an Honorary Member.

KWAR’s Volunteer Award commemorates the vital contribution of volunteers within the Association and honours their significant efforts, without which, the Association would not exist. The award is given to an individual who has demonstrated commitment and dedication as an Association volunteer and who has also made a significant impact on their community through various volunteering efforts.

Karen Shartun has been a member of KWAR since 1990. She is two-time past president and a real estate salesperson with Royal LePage Wolle Realty.

“Karen is a devoted volunteer who treats her volunteerism with the same degree of seriousness and professionalism as she does her role as a REALTOR®,” said KWAR Executive Officer Bill Duce.

Outside of real estate where Karen volunteered and chaired on many of KWAR’s committees and taskforces, she was also active as a past Director of Waterloo Minor Soccer and managed the Cambridge Girls’ Choir for 24 years. She has also been a Board member at Homer Watson Art Gallery and Parkminster United Church.

Dieter Wolle is the former Broker of Record and founder of Royal LePage Wolle Realty. He sold the firm to his son Mark in 2011 and retired in 2017 after 54 years in real estate.

An Honorary Member is an individual who has, in the opinion of the Directors, rendered outstanding service in any way to the Real Estate industry and/or to the Board.

“In KWAR’s 80-year history, the title of honorary membership has been bestowed only 15 other times,” says KWAR president Tony Schmidt. “Dieter is certainly very deserving of this award. He has contributed a great deal to our industry, through his integrity, and his fierce belief that it was his responsibility as a broker/owner to make sure his Realtors were trained properly for success.”