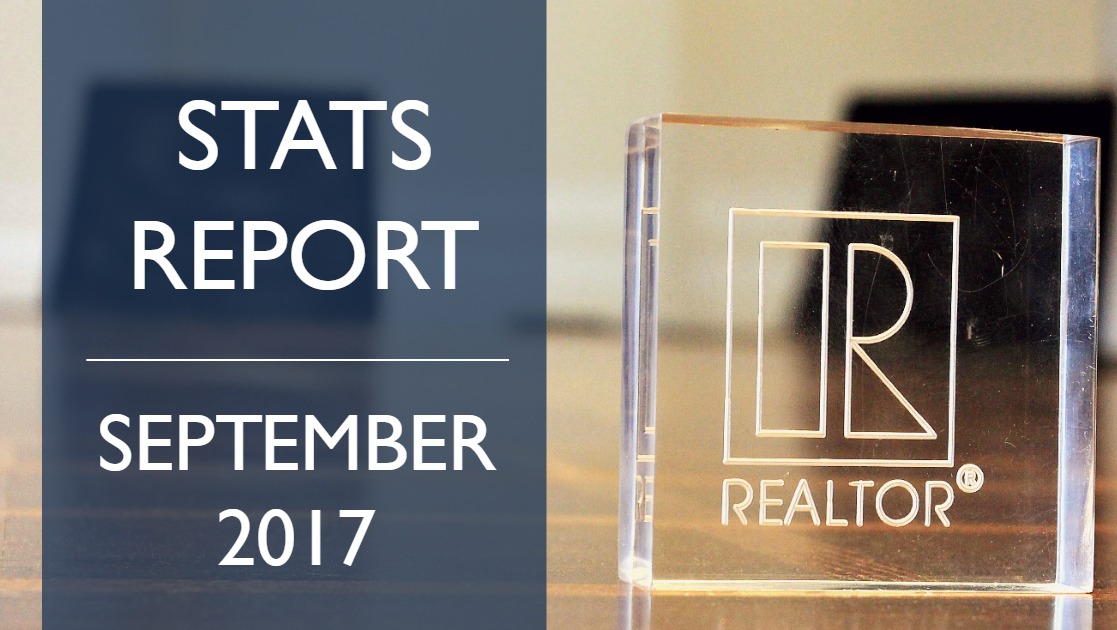 KITCHENER-WATERLOO, ON (October 4, 2017) –– A total of 470 residential properties changed hands in Kitchener-Waterloo and area through the Multiple Listing System (MLS® System) of the Kitchener-Waterloo Association of REALTORS® (KWAR) in September. This was a decrease of 12.8 percent compared to the record number of sales in September of 2016, but still ahead of the previous 5-year September average of 437 sales.

“We are seeing strong demand continue into the autumn” said KWAR President James Craig.  Residential listing inventory on the KWAR’s MLS® System to the end of September totalled 843, which is ahead of September of last year, but represents just half the number of listings that were on the market in the previous five years (2011-2015) for September.

September’s sales included 285 detached homes (down 14.2 per cent), and 105 condominium units (down 19.2 per cent) which includes any property regardless of style (i.e. semis, townhomes, apartment, detached etc.). Sales also included 38 semi-detached homes (up 22.6 per cent) and 37 freehold townhouses (up 12.1 per cent).

Detached homes sold for an average price of $513,873 in September for an increase of 10 per cent compared to a year ago. “Our local residential real estate market continues to show solid price growth and unit sales,” says Craig who points out that year-over-year price appreciation peaked in April of this year when the average price of a detached home increased 40 percent to $594,108.  Today, on a year-to-date basis, the price of a detached home has averaged $553,029, an increase of 24.7 percent compared to 2016.

“What might seem to be a stabilizing of prices in September may have more to do with the price ranges that people were purchasing in,” says the president of the KWAR.  Craig notes that last month 32% of all residential transactions were in the $300-399,999 range; compared to just 15.6% in April. “We also saw more transactions in the higher price ranges during the heat of the spring market. There were 20 sales that occurred over the one million dollar mark in April, compared to only 5 in September.

“The feverish spring conditions have given way to a saner playing field, however an increase in listings would be a welcome shift for homebuyers who would benefit from increased selection across the more affordable price ranges.”