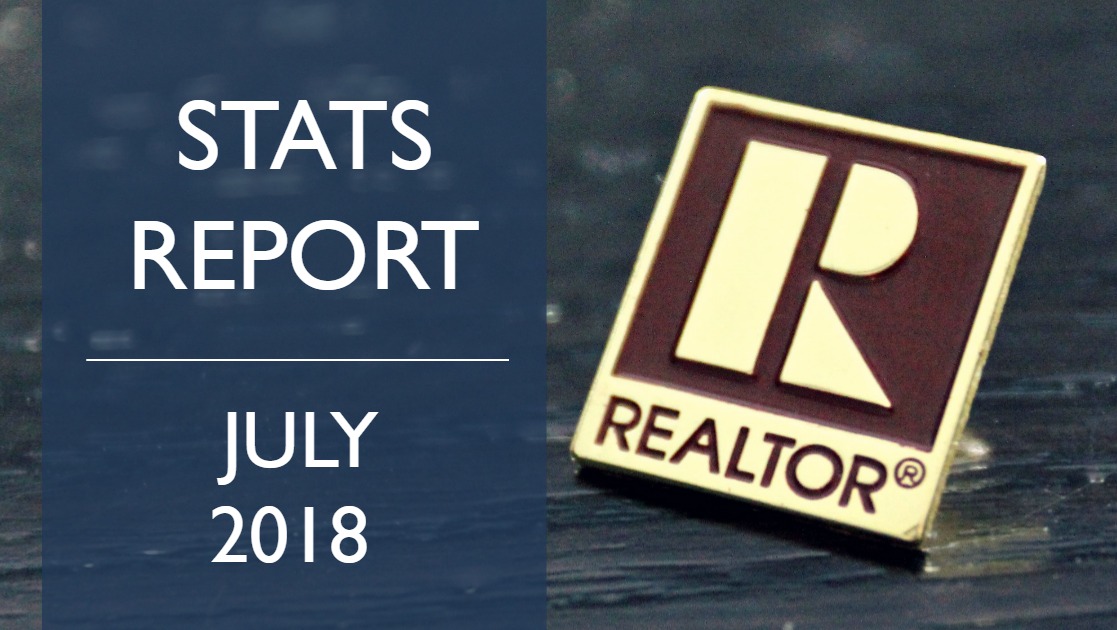 On a year-to-date basis, there have been 3,601 home sales during the first half of the year, a decrease of 18.0 per cent.

“The story for July is largely more of the same that we’ve been seeing for most of 2018,” says Tony Schmidt, KWAR President. “The number of sales has decreased from what we were seeing the past couple of years to more typical levels, but the value of homes not only remains steady but continues to gradually increase.”

Residential sales in July included 282 detached (down 23.4 per cent compared to July 2017), and 130 condominium units (up 14.0 per cent) which includes any property regardless of style (i.e. semis, townhomes, apartment, detached etc.). Sales also included 53 semi-detached homes (up 35.9 per cent) and 35 freehold townhouses (down 5.4 per cent).

REALTORS® listed 739 residential properties in K-W and area last month, down 8.9 per cent compared to July of 2017. The number of active residential listings on the KWAR’s MLS® System to the end of July totalled 1,062, which is 3.3 per cent higher than July of last year but still down from the historical (2007-2016) ten-year average of 1,885 listings for July.

“The competition from buyers is still out there, but not nearly as prevalent as the past two years. This is showing up in the $400,000-$600,000 price point where we continue to see the shortest average days on market,” reports Schmidt. “I think this reflects both the move-up market as well as the typical home that buyers who migrated down the 401 were purchasing.”

“There is no doubt the mortgage stress-test is impacting buyers and the market. Our concern has always questioned the wisdom of introducing policy to respond to temporary market activity, so now the only question is whether this impact is beneficial or not.”

“Either way, Buyers are wise to avail themselves of a REALTOR® to help them navigate local market conditions and ensure the most successful outcome.”