ANOTHER RECORD BREAKING MONTH OF SALES IN NOVEMBER 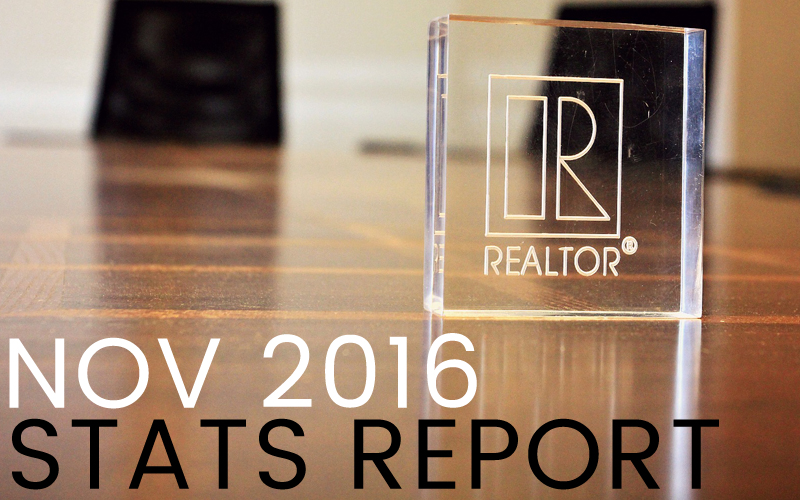 ANOTHER RECORD BREAKING MONTH OF SALES IN NOVEMBER

KITCHENER-WATERLOO, ON (December 2, 2016) ––Home sales through the Multiple Listing System (MLS® System) of the Kitchener-Waterloo Association of REALTORS® (KWAR),  totalled 535 last month, an increase of 27.1 percent compared to November of 2015, marking another record breaking month for residential properties sold in Kitchener-Waterloo and area.

Record breaking sales are also being tallied on a year-to-date basis with 6,352 residential transactions compared to 5,341 during the same period in 2015, representing an increase of 18.9 percent.  “Year-to-Date Sales to the end of November have now exceeded any previous end-of-year totals on record,” says James Craig, president of the KWAR. He points out that in 2007, sales to the end of the year exceeded 6,000 units for the first time, and haven’t hit that high-water mark again, until now, an entire month earlier.

Inventory levels on the other hand, remain stubbornly low. In their October release, the Canadian Real Estate Association stated that, “the tight balance between housing supply and demand in Ontario’s Greater Golden Horseshoe region is without precedent (including the GTA, Hamilton-Burlington, Oakville-Milton, Guelph, Kitchener-Waterloo, Cambridge, Brantford, the Niagara Region, Barrie and nearby cottage country).”

As of the end of November, the KWAR’ MLS® System only had 565 active residential listings on the market, down 23.1 percent compared to the previous month, and 60.8 percent below the same period last year.

“With a notable shortage of inventory, many properties are selling above list price,” said Craig. “This is because you have many buyers competing for fewer properties, and this is pushing up the average price.”