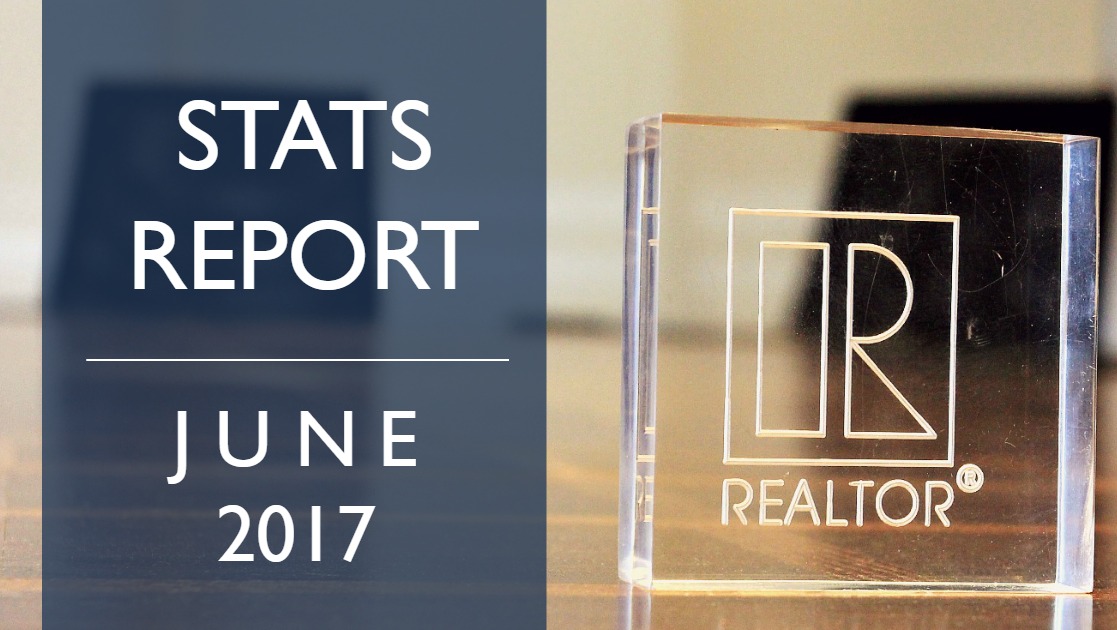 KITCHENER-WATERLOO, ON (July 5, 2017) –– For the first time this year home sales in June decelerated on a monthly basis. Last month’s 716 residential sales through the Multiple Listing System (MLS® System) of the Kitchener-Waterloo Association of REALTORS® (KWAR) were down 3.2 percent compared to last year’s record breaking June. This brings the total number of sales during the first half of the year to 3,834, an increase of 9.1 per cent compared to 2016.

“Home sales in June were very strong, and we’re on track to have another record breaking year of residential sales,” says James Craig, President of KWAR.  “June is the fourth consecutive month home sales in the Kitchener-Waterloo area have exceeded 700 units. Historically sales in KW and area have only ever surpassed the 700 unit threshold in a single month three previous times.”

Home sales in June included 467 detached homes (down 4.3 per cent compared to June 2016), and 141 condominium units (down 5.4 per cent) which includes any property regardless of style (i.e. semis, townhomes, apartment, detached etc.). Sales also included 53 semi-detached homes (up 15.2 percent) and 51 freehold townhouses (down 5.6 per cent).

“We definitely saw more supply coming on the market the past two months and that has helped to meet the strong home buyer demand,” said Mr. Craig.

REALTORS® listed 1,083 residential properties in K-W and area last month, a 28.7 per cent increase compared to June of 2016. It’s the second month in a row that the number of new listings put on the market has exceeded 1,000 units, demonstrating an unprecedented surge of supply. Nevertheless, inventory levels remain very low, sitting at near or less than one month of inventory as strong buyer demand endures in Waterloo region.

Addressing the Non-Resident Speculation Tax (NRST) that the Ontario government announced on April 20, 2017, the president of the KWAR says it’s still too soon to know what if any impact it will have on the market.  The province recently released its first data tracking sales in the Greater Golden Horseshoe (GGH) from April 24 and May 26 showing that 4.7 per cent of transactions that occurred may be subject to the NRST.  “We don’t believe that foreign buyers were making a meaningful impact on Waterloo region’s real estate market,” says Mr. Craig.  The NRST is a 15-per-cent tax on the residential property purchased by individuals who are not citizens or permanent residents of Canada or by foreign corporations and taxable trustees.   Waterloo region is included in the GGH.

The KWAR cautions that average sale price information can be useful in establishing long term trends, but should not be used as an indicator that specific properties have increased or decreased in value. The average sale price is calculated based on the total dollar volume of all properties sold. Those requiring specific information on property values should contact a local REALTOR®. REALTORS® have their fingers on the pulse of the market. They know the questions to ask, the areas to probe and what to look for so that buyers get a complete picture of the property and community they’re considering.