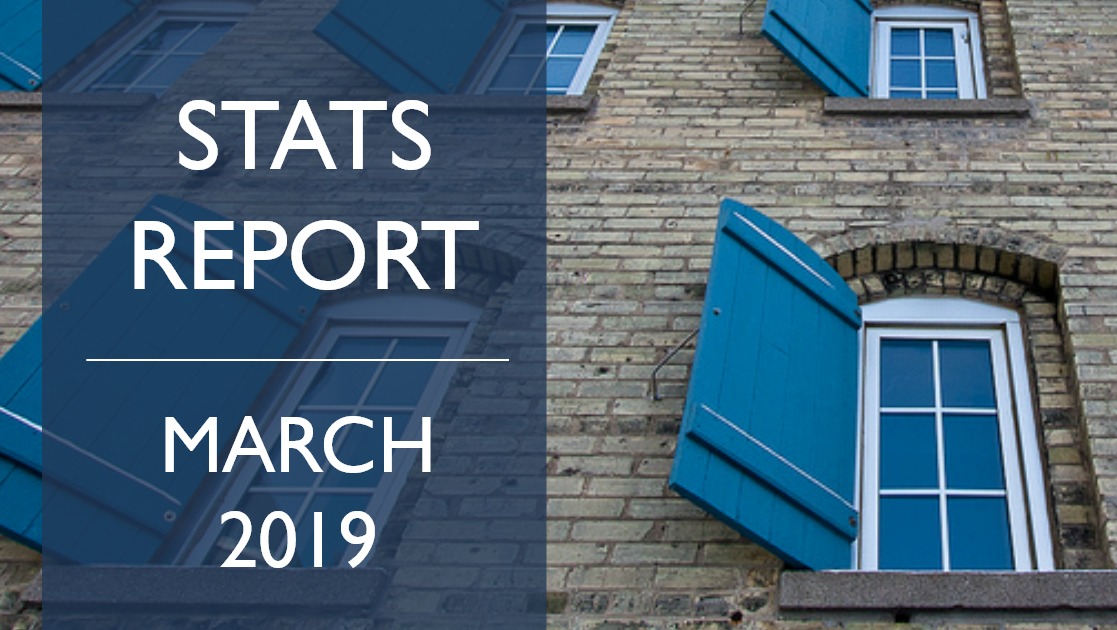 KITCHENER-WATERLOO, ON (April 3, 2019) –– There were 511 residential sales in March through the Multiple Listing System (MLS® System) of the Kitchener-Waterloo Association of REALTORS® (KWAR), a decrease of 5.7 per cent versus the same month last year, and down 7 per cent compared to the previous ten-year average for March.

“The activity on detached homes continues to be strong,” says Brian Santos, KWAR President. “But the average number of sales in March was brought down by fewer semi-detached, townhomes and condos. I think this can be credited to the lack of inventory and options buyers have in those segments of the market.”

“Sale prices across Kitchener-Waterloo and area experienced increases in March,” says Santos. “While pundits are focussing on affordability challenges, this also reflects the greater attribute of livability and how Waterloo Region offers a great quality of life.”

REALTORS® listed 797 residential properties in K-W and area last month, a decrease of 4.8 per cent compared to March of 2018, and a decrease of 4.5% in comparison to the previous ten-year average for the month of March. On the other hand, the total number of homes available for sale in active status at the end of March totalled 819, an increase of 5.4 per cent compared to March of last year, but still well below the previous ten-year average of 1,371 listings for March.

Santos contends restrictions brought on by the B-20 mortgage stress test have pushed buyers into lower price points. “It’s difficult for buyers who are trying to find a house under the $500,000 mark – because demand is strongest in that range.”