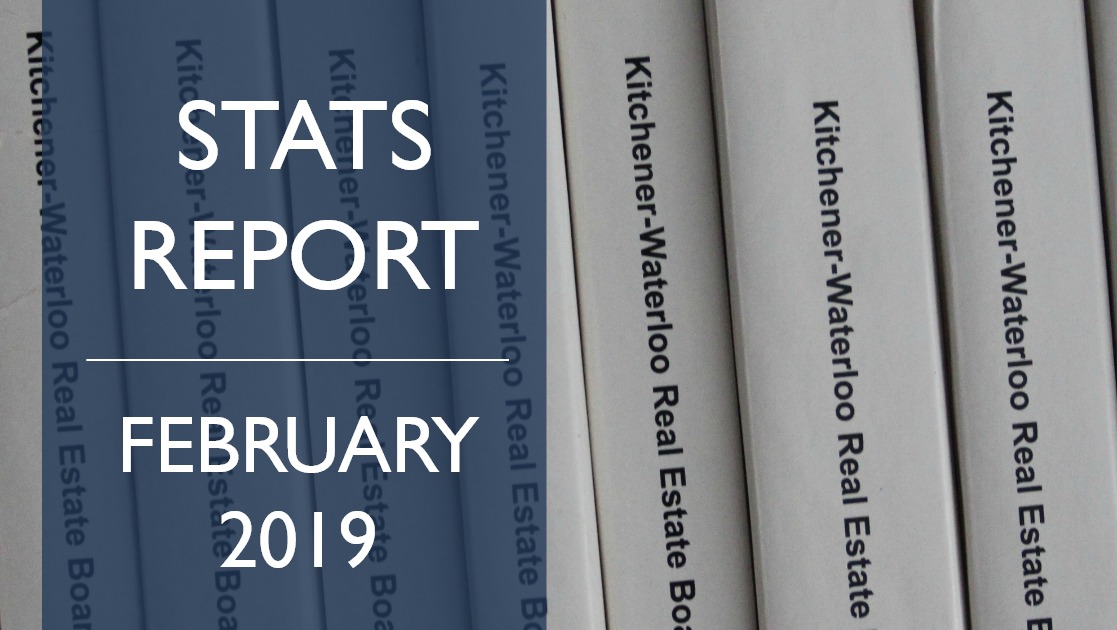 KITCHENER-WATERLOO, ON (Mar 5, 2019) –– There were 343 residential sales in February through the Multiple Listing System (MLS® System) of the Kitchener-Waterloo Association of REALTORS® (KWAR), a decrease of 8.3 percent compared to February 2018.

“The series of winter storms in February not only kept buyers indoors and off the roads, but also away from open houses and viewings,” says Brian Santos, KWAR President. “This was the lowest amount of sales we’ve seen in February in a long time, but it really isn’t surprising given the wild weather we experienced last month.”

“Despite the chill we saw in the number of sales last month, the price gains reflect that demand continues to outpace supply,” says Santos.

REALTORS® listed 562 residential properties in K-W and area last month, a small increase of 1.1 percent compared to February of 2018. The number of active residential listings on the KWAR’s MLS® System to the end of February totalled 785, which is 9 percent more than February of last year, but still well below the previous ten-year average of 1,296 listings for February.

The average days it took to sell a home in February was 25 days, which is 4 days longer than the amount of time it took in February 2018.

Santos says, “the market remains very much as it has been for the past several months, but the delayed winter weather finally caught up with it.” Santos says, “while the market is coming in like a lamb in March, I’m expecting it will go out like a lion.”