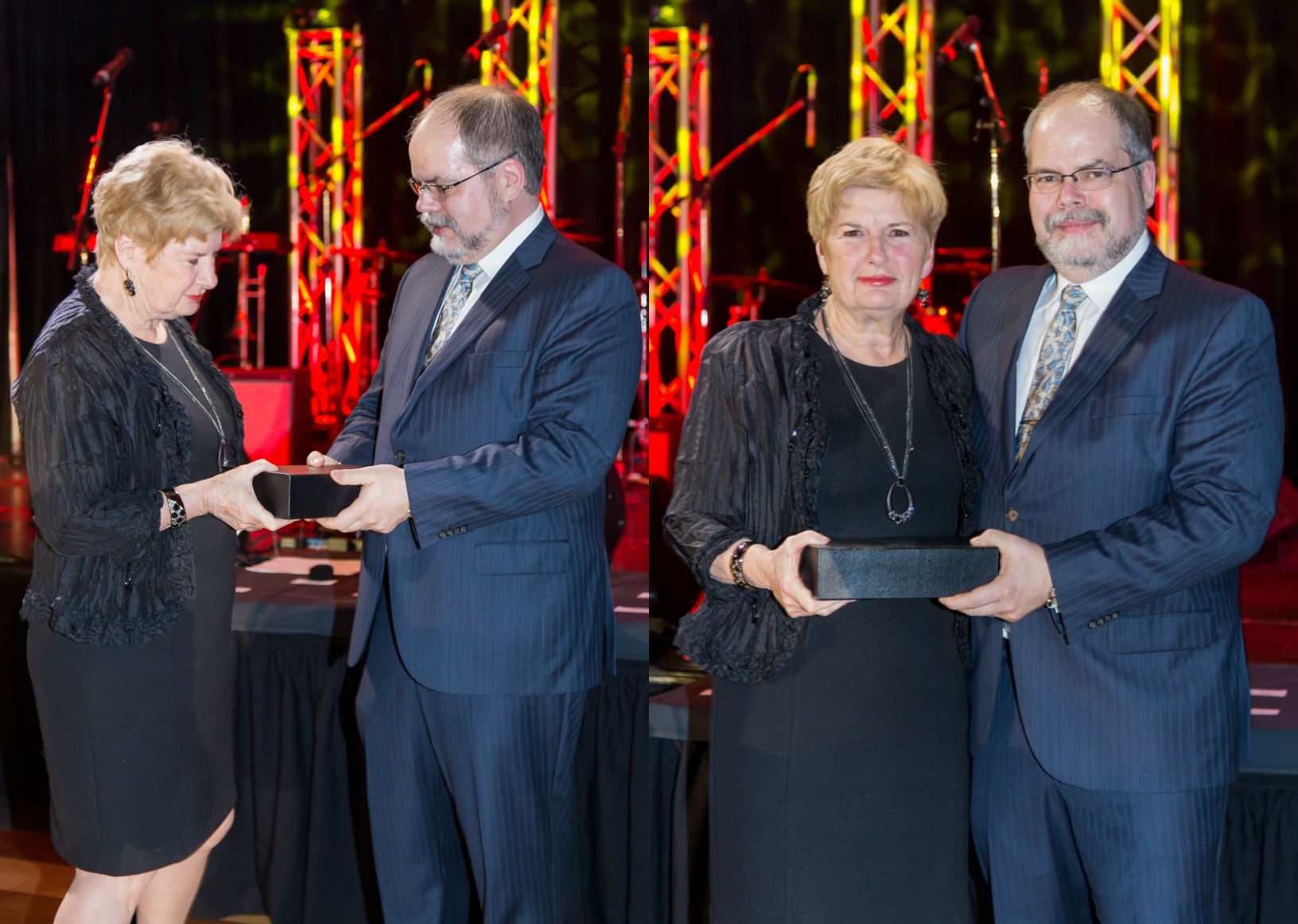 KITCHENER-WATERLOO, ON (January 20, 2017) ––The Kitchener-Waterloo Association of REALTORS® (KWAR) presented its Volunteer Award to Dianne Stickney at the association’s Member Appreciation Night on Friday, January 20, 2017.

The KWAR Volunteer Award celebrates the vital contribution of volunteers within the Association and honours their significant efforts, without which, the Association would not exist. The award is given to an individual who has demonstrated commitment and dedication as an Association volunteer and who has also made significant impact on their community through various volunteering efforts.

“Dianne Stickney has always placed her community first, be it enhancing the quality of life throughout the greater Waterloo region or her colleagues and peers within the real estate community,” said KWAR Executive Officer Bill Duce.

Dianne Stickney, is a sales representative with Peak Realty, and has been a REALTOR® member of the KWAR since 1993.   She is no stranger to serving her community and helping out where she sees a need.  Stickney was a founding member of the parent association at Empire public school, and served six years as a public school trustee on the Waterloo County Board of Education.

Within a few years of joining the KWAR, she started volunteering on a number of the board’s committees including: Bylaw, MLS® Services, Political Affairs, and Governance.

Among her many contribution she has served on the Women’s committee of the Kitchener Waterloo Chamber of Commerce; she was a Director of the Sunnyside Home Foundation, and for 8 years she served on the Board of Directors for Habitat for Humanity Waterloo Region, where she led the organization as Chair from 2011-2013.  Stickney also co-chaired the 2009 Habitat for Humanity Women Build.

Stickney’s sense of responsibility to her community has also extended to her involvement in the democratic process. As campaign chair, she was indispensable to long-time friend Elizabeth Witmer in her well respected political career. She chaired every campaign Ms. Witmer ran, starting with when she ran for school trustee in 1980, to a decade later when she led a successful campaign to become MPP for Waterloo, a seat she retained until she stepped down in 2012.

“Dianne exemplifies the dedication to community we see in so many of our members,” says Duce. “Whether she is swinging a hammer for Habitat for Humanity, coordinating a political campaign, or helping a first time home buyer realize their dream of home ownership, Dianne is fully committed.”