In Conversation with Dieter Wolle, Honorary Member of KWAR 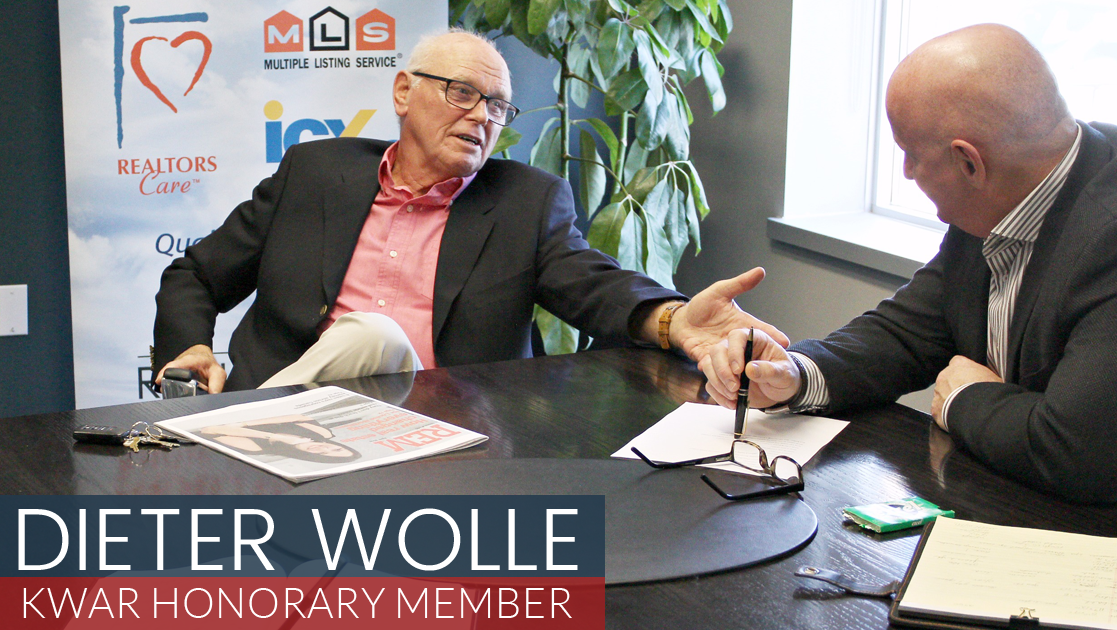 In Conversation with Dieter Wolle, Honorary Member of KWAR

Recently Tony Schmidt, 2018 President of KWAR sat down with Dieter Wolle to talk about his 54 years as a REALTOR® and his upcoming recognition of being named an Honorary Member of the association. What follows is a summary of the insights and memories we captured from this captivating conversation with one of Waterloo Region’s finest real estate legends:

The real estate industry has gone through a myriad of changes throughout history. From the prices of homes to the types of residences available for purchase to the legislation surrounding sales – one thing that has remained constant is the importance of the relationship between the REALTOR® and their client. REALTORS® are known for being motivated, driven, and resourceful, but more importantly personable and reassuring towards their clients – advocating and putting the clients’ best interests at the forefront of all transactions.

Dieter Wolle began his real estate journey in the City of Toronto in 1963. Today, at the age of 83 and with 54 years’ experience in the real estate business behind him (Dieter retired last year in 2017), he’s witnessed dramatic changes to the way REALTORS® conduct their business. 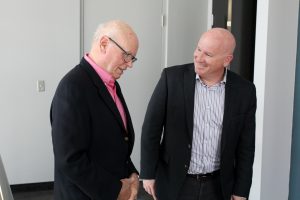 Dieter was born close to the Russian border in East Prussia, Germany. His father was in the hospitality industry and passed along this career knowledge to his son, who remained in the hotel business after he moved to Canada working at the famous Royal York Hotel in downtown Toronto. Thinking back on those days Dieter admitted, “I got a good education in the hotel business, but I didn’t really like it.”

Wolle was grateful for the work, however, as there were few other jobs available to him when he came to Canada. “Busboy, and a dishwasher. So what, you take it, and it teaches you to be human.” The experience gave Wolle an outlook that would serve him well in the future. He gained an appreciation for what people are doing, and to never look at someone as being “just a dishwasher”. Wolle strongly believes everyone should be treated with respect regardless of their title or position.

Wolle began his real estate career in Toronto.  “The only reason I got into it is a friend that I knew from the hotel went into real estate and said ‘Oh Dieter, you should come work in real estate’, and so I got my license, and two months later he quit! He never made a cent. But you know I’m glad that he did not tell me the truth – because if he would’ve said ‘it’s bad, don’t go into it’, I probably wouldn’t have gotten into it.” 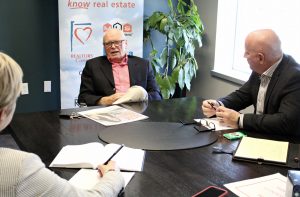 But getting his real estate license was easier said than done, and Dieter delights in reporting he failed his real estate exam twice. “I’d never been to school here – in Germany, yeah, but even there I only had 5 grades because of the war. So I never really had a good education.  I didn’t know what a mortgage was; I didn’t know what interest was because I never had anything to do with that. So here they give me this 4, 5-page little booklet and say: ‘Go study it, and when you’re ready, come back and we’ll give you the exam.’ That’s how it was. So I came, did it, and failed. And failed again.”

Wolle persisted as he recognized the potential that this opportunity presented if he used his brains and worked hard. “With my education, where could I have made the money? Nowhere. Nowhere. Unless I was going to work in a factory someplace, but that’s not my thing.”

With the third-time being the charm and successfully completing his real estate exam, Dieter was thrown into the deep-end with little to no direction from his colleagues or managers. “After about two weeks I went around to other agents, I asked, ‘what do you gotta do here?’ Because they never taught us anything in school – well we didn’t have any.”

It turns out the secret to success was a whole lot of good old-fashioned door knocking. Something Wolle still maintains is important today.  He recalls being very nervous the first time he had to knock on someone’s door, thinking “what am I going to say?”

Looking back Wolle believes it was good that he had to go through it. As he put it, to be successful in this business “you cannot just sit there – you have to go out there, you’ve got to do things, and I taught my people that all the time. It was the hard way, but it was the best way.” 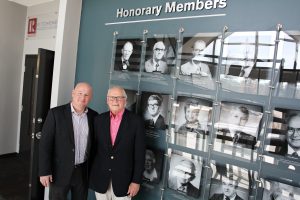 When he started as a REALTOR® in 1953 the profession was not always looked on in a positive light. Wolle found himself reassuring wary clients that he just needed a chance to prove himself to them. It never bothered him that people were talking that way. He would just tell them, “Hey, I’m not that way – try me.”  And it worked says Wolle, and before he knew it he found he didn’t have to go door knocking anymore. He would meet people and clients and developed a network of clientele that would keep coming back to him and then send their relatives and friends.

Dieter opened the doors to the first Wolle Realty office in 1977. Today, the company he founded is celebrating 40 years in business this year. As the company owner, he found he was constantly worried about his employees and making sure they were taken care of, and trained properly for success. “They knew that I was working hard for them and that I stayed around.” He recalls a time when a lot of other companies were moving around from one location to another, changing their names, and changing signs. Wolle believed it was better to stay the course. 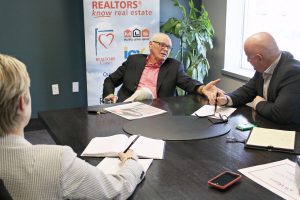 Learning early on that real estate was not for everyone; Wolle would ask all new hires to perform one key exercise. His first question to a new agent was always “if I ask you to make a phone call right now, would you be able to call people up and ask them if they’re interested in selling?” He would actually make them do it.  And if they couldn’t, he was frank with them, telling them they shouldn’t be in real estate.

As a KWAR director from 1979 to 1980, Dieter vividly remembers the pushback from members any time a modern change was introduced. “Most of these guys were all old-timers. 60’s, 70’s you know – and they came and they called me they said, ‘Don’t you dare change this system! We don’t want this!’ (laughs)… the next thing I was involved in was getting the computer system in.” says Dieter, recalling the strong opposition.

Although Dieter followed in his father’s footsteps when he originally started out in the hospitality industry, he did not think that his son, Mark, would ever join the real estate business. “…I remember he was working as a car salesman, at Honda in Waterloo. And he came and talked to me the odd time, and I asked him, ‘how much did you make?’, and I said, ‘are you kidding me? That little money?’ I always wanted him to go into real estate.” Dieter laughs as he recalls Marks response, “No I’m not going to! And if I do, I’m not going to work for you!”

Wolle was surprised when Mark told him he had gotten his real estate license, and then even more shocked when Mark said that he wanted to work for him.

Always a determined and hard worker, Dieter is rightfully proud of what he has accomplished in real estate.

“Looking back today I’m proud that I lasted as an owner of a company through all these hard times that we’ve had.”

Wolle makes it abundantly clear that he liked what he was doing, but it wasn’t always easy, “I tried too hard, very hard, sometimes maybe too hard.”

Now enjoying a well-deserved break in his retirement, Dieter spends his days walking and exercising, and attributes his health, quick wit, and razor-sharp mind to having the right attitude towards life and being around young people.

When asked about what the most important qualities for a REALTOR® are in his opinion, he offered this advice; “Integrity and good working habits. Those are the two most important aspects, I think, that a REALTOR® has to have. The rest is nothing.” 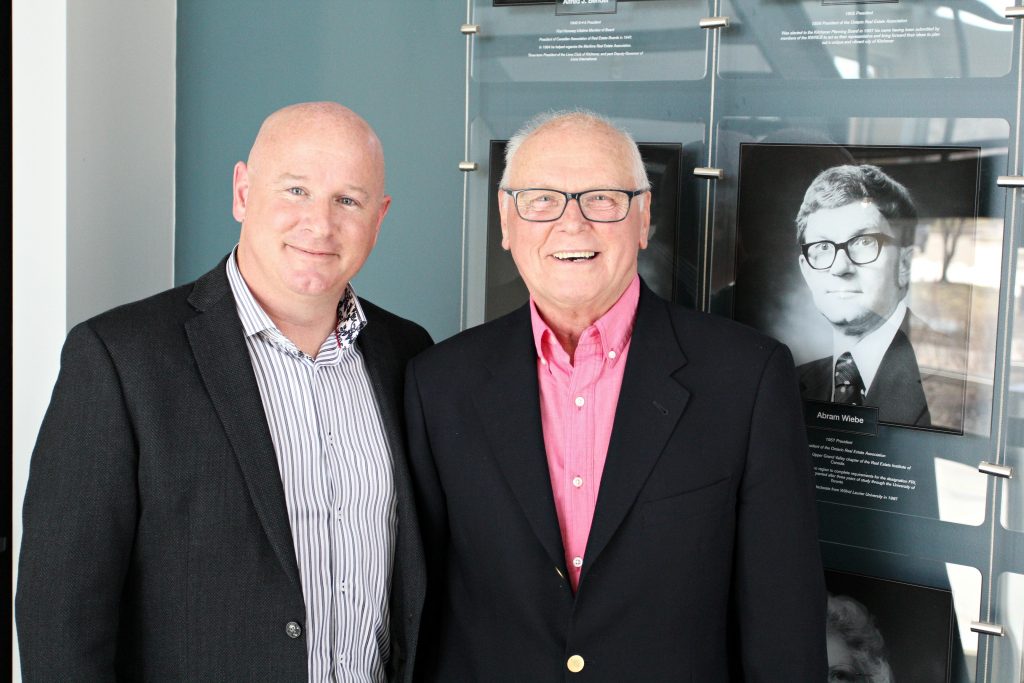