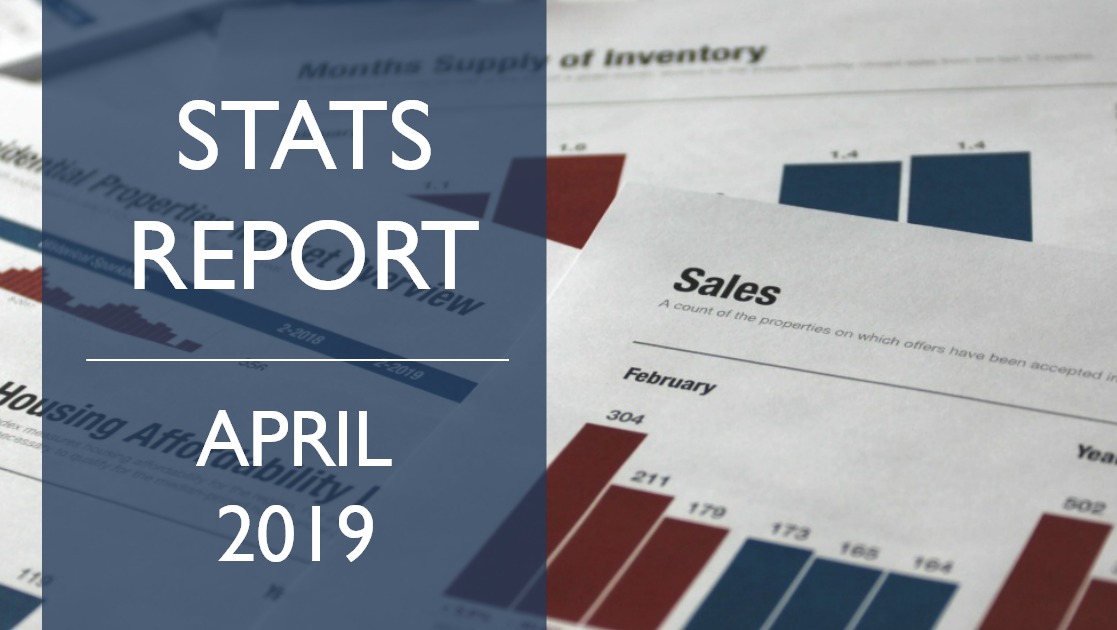 KITCHENER-WATERLOO, ON (May 3, 2019) –– There were 623 residential sales in April through the Multiple Listing System (MLS® System) of the Kitchener-Waterloo Association of REALTORS® (KWAR), an increase of 1.1 per cent versus the same month last year, and up 2.2 per cent compared to the previous ten-year average for April.

“While sales of detached homes did jump a fair bit compared to the same month last year, they were actually on par with the previous 10-year average for April,” says Brian Santos, KWAR President. “

Average sale prices hit an all-time high in April notes Santos. “These are the highest sale prices we’ve ever posted in a single month. It’s only the third time the overall residential sale price has exceeded half a million, and for the first time, the average price of a detached home climbed over the 600-thousand-dollar mark.

“It’s still very much a seller’s market for anyone who is looking for a home under six hundred thousand,” says Santos. “In these challenging market conditions, consumers should seek the expert advice of a local REALTOR®. There is no single Ontario real estate market, and even within the local market there can be significant differences between property types and neighbourhoods.”

Months Supply of Homes for Sale